Today I spent some time updating this blog. I changed the theme, added to the “About me” section and made sure that all my posts now have featured images (because I decided that I can’t deal with the absence of a visual element to my scribblings). While I went back to my old posts, I recognised a pattern… This blog started almost at the same time that I started to experience and love London. It was called Sticky Notes as I aspired to keep coming back to it with different topics and different tones – which to an extent happened. But let’s be honest, most of my notes should have been called London Sticky Notes to begin with (and maybe I should have asked VisitLondon to incorporate them to their promotional material seeing that it seems that I only seem to be inspired by the good stuff).

As I went back and re-read my old posts, I felt the same spark re-igniting in my love affair with this city as it happens every now and then in this long-term relationship that sometimes has its rainy (ahem) days. 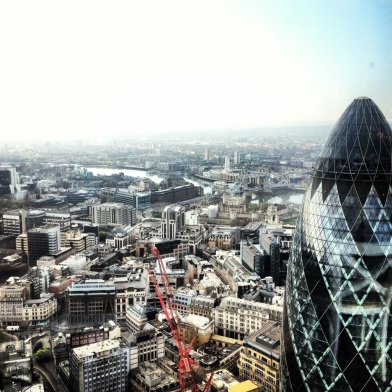 Today I started the day bright and early on a Boris bike while London seemed to enjoy the Bank Holiday lie-in. I said good morning to Big Ben and cycled along the river all the way through Embankment and Blackfriars and made my way to the City where there was no suit in sight. There, at the 40th floor of the Heron Tower, I had a sunny breakfast with a view to this place I have come to love and call my home (and frequently hate on when the weather stays consistently bad for over 7 months).

This is the thing about London. You bitch about the tube and the tourists constantly blocking the streets with their unwillingness to finally pick the direction they want to go towards. You bitch about the high rent you pay for a flat that is most probably covered in mould not just because the insulation is so bad but because it seems that the sun has forgotten to rise in about 7 months.

But as in any relationship that’s worth being in, what this city has to give back to you is plentiful; she is a steady and reliable partner and yet never ceases to amaze you and still manages to sweep you off your feet.

You can have duck eggs and pancakes at 6am at Duck and Waffle any day of the week and spend most of your time there spotting landmarks and locations in the city that is half-sleeping, half-awakening below you. 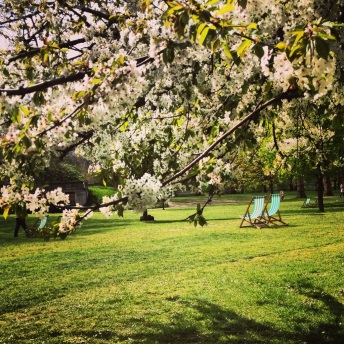 You can walk along the Mall on a warm April night and think you are in the countryside just by the smell of blossoming daffodils that seems to be taking over the street. You can try your hand at Tahitian dancing for one night and then day-dream about travelling to Polynesia the next while eating Japanese pancakes in the shape of a fish. You can wonder about the musings of a man sitting on a bench at South Bank munching away on sugar coated nuts while a street entertainer blows hundreds of huge and tiny soap bubbles and children chase them around under the sunlight. You can get on your doorstep and engage in conversation with passers-by who are also taken in by the loveliness of the day and feel inspired to proclaim it. 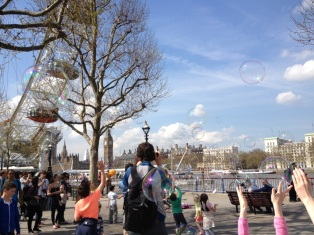 You know you are again weak in the knees when you look forward to spending the summer walking over the city’s bridges, conspiring with Secret Cinema goers, adding a Rolling Stones concert to the bucket list and picnic-ing in the courtyard of Somerset House during Summer Screen.

There will still be days that you’re going to give your London better half the silent treatment or scream against its unreasonableness. But you’re in it for the long haul. 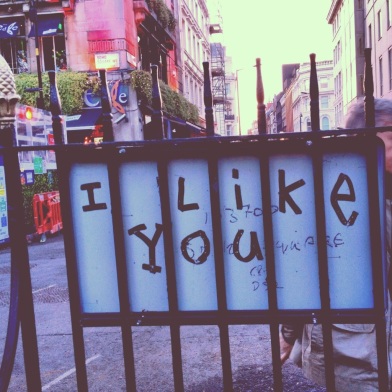