One of my parents’ favourite anecdotes about my early childhood is about the great love I had for the television even when I was still using a milk bottle. Apparently I used to watch so much TV that every night before I was whisked off to bed, I would chant the following almost like a little poem: ‘Goodnight mum, goodnight dad, goodnight to you too, TV and video set’. My mum says that I loved watching My Little Pony and Candy Candy (which I haven’t watched ever since and it’s weird to say that watching right now, it just looks so familiar).

But one of my own early childhood memories also involves television. My two favourite programmes when I was about 7-9 were Bewitched and I Dream of Jeannie; I wasn’t your typical Greek kid you see. I remember that I adored the latter so much that one day that my head was about to explode with the most horrible of headaches, I was miraculously cured after I sat on the couch to watch the programme starting. Growing up I watched all the major sitcoms that were on and basically almost every American programme on offer on Greek TV.

Now, I curl up with a hot drink and enjoy Mad Men. A show about the 60s in America but not quite how I remember it from the tales of Samantha and Jeannie. Admittedly, I’ve only watched the first season and a third of the second so I’m no Mad Men expert. I remember how (positively) shocked I was to discover that this was nothing like I expected it to be when I first started watching it. The smoking! The drinking! The drinking and driving! Three episodes in and a man flat out slaps someone else’s child at a suburban birthday party (Christos Tsiolkas could have made a book out of it). Men talking about their female colleagues as if they were sex objects. 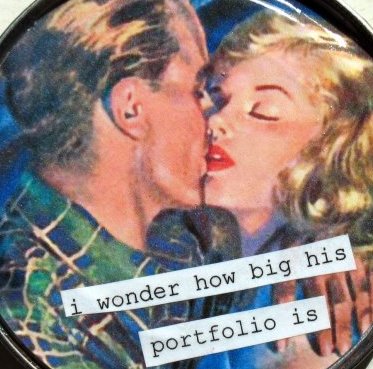 Bored housewives discover the fun in using the washing machine. Political correctness out of the window. Set in the 60s. Not what you’d expect from American popular culture which has this nostalgic love affair with the past, especially when it comes to the specific period in time.

It seems that audiences enjoy this break from PC, they find the sexual banter and incessant flirtiness (and smoking) of the characters refreshing in today’s uptight social environment. Fair enough.

However, while men might be rejoicing at the sight of Christina Hendricks and her curvaceous body and the room of men that salute her bottom, I think that women are a bit more envious of her wardrobe than her actual character. For no matter how cool the men of Mad Men are, they’re still a racist and sexist lot.

Reading about the show in Wikipedia, I found this spot-on article by Mary McNamara for the Los Angeles Times.

‘It is a relief to be able to enjoy a return to the nifty accouterments of yesteryear – from the switchboard to the Old-Fashioneds, from the steno pool to the skinny ties – but in context.

Yes, much that was cool and adult about that world is missing from ours. But the reasons for the coming revolution – the women’s movement, the civil rights movement, the hippie-driven counterculture – were real and devastating’.

Mad Men achieves this balance in a remarkable way (at least what I’ve watched so far).  This journey back in time may be fascinating to watch but we’re constantly reminded that things were not so picture perfect as we’d like to think. Women were only supposed to serve men as either secretaries or wives, gay men had no chance but to conceal their sexuality if they wanted to advance professionally and people of colour were either pressing the buttons in the elevator or on the cashier.

Mad Men might be a breath of fresh air in our current cultural landscape but the air of the 60s suddenly smells an awful lot like Lucky Strikes, whiskey and exhaust fumes.